I’m feeling a little creatively inspired tonight by Reynolds Made with this fab blog post ‘stuff I don’t buy anymore’ which definitely got me thinking along a similar vein. Thanks for sharing your ‘not any more purchases’ with us, RM, and here are a few thoughts from me.

Things I used to buy but don’t any more

Books.
Actual proper smell-the-new-paper-and-ink books. I had favourite authors who I would buy in sequence. I realised my particularly over obsessiveness with this when Josh Kirby passed away, and I got rather narked that his splendiferous cover illustrations were replaced with something rather more dark and brooding and therefore ruined the image of the rainbow of books on my shelf. I have whittled down my books over time, but I still cart boxes of them from A to B whenever I move house. Current boxes are still under the bed from our last move 11 months ago. Collecting dust mites as well as bookworms no doubt, and also the weight of ‘the person we want to be’ when visitors see our choice of reading matter on display.
I do read far less now, as never enough hours in the day with Tiddler, though I still belong to two book groups and try and read for those as a priority and then anything else that gets a chance to be squeezed in is a literary bonus.
Thrifty: Borrowed from the library, or a loan from other book group members.

Magazines, newspapers, journals.
Pretty obvious really. Been a long time since I was a teenager trying to keep up with trends and music,  I do enough reading ‘academically’ connected with my work, and news gets to me eventually. I quite like having some of it filtered down to me after a day or so.
Skinflintery: Social media/radio

Avocados.
I love these, but here on our rock the price is astronomical, and usually they are poor quality and I end up having to discard most of it. I know I should be squishing it up for guacamole, but no. I then tried buying frozen avocado, thinking that might solve the problem. Unless you want some sort of green slime for your munching pleasure, then double no.
Prudence: Digger’s xmas gift (see here)

Gluten free produce.
When I was in my 20’s I had a quirky experience in the back of a health food shop, where I was tested for allergies and intolerances by wiring me up to some sort of electric machine. Apologies, if you know far better than me what I am talking about, but I am still not 100% sure just exactly how me giving off some sort of voltage in response to being prodded with an ’empty’ glass bottle filled with essence of potato actually worked. Still, I paid good money for it so it must be true.
This led, long-story-short, to faddy food purchasing for a number of years, including going gluten-free. Now, I am fortunate enough for it to be an intolerance rather than an allergy, so I just avoid eating too much of anything that i know will set me off. I do pretty well till Digger brings home this heavenly scented cheese and pumpkin seed bread that makes me go weak at the knees. I am a glutton (gluten?) for punishment.
Frugalness: Avoidance

Shoes.
Last purchase was in Wales in the halcyon summer of 2013. That was a pair of fake black crocs, that cost £3.99, and were to replace my previous pair of fake black crocs that I trashed through heavy duty kayaking escapades and pointy rocks.
Current footwear total: 1 pair black work shoes flat, 1 pair black work/going out heeled boots, 1 pair crocs, 1 pair slippers, 1 pair rigger boots, 1 pair walking boots, 1 pair flip-flops, 1 pair daps. That’s me done: 8 pairs of shoes. Digger has more shoes than me, the big Jessie.
Minimalism: you only have one pair of feet, how many shoes can you wear at any one time?

TV and License.
Not had one for 8 years. On our first date Digger said he didn’t have one either. I took this as a sign.
Long term plan: I’ll get a free one when I hit 75.

Lipstick.
I think I must have funny shaped lips. Lipstick never looks right. Avoid at all costs, as it will only end up on my teeth anyway. Farewell to that one tube of vintage Rimmel Heatherberry circa 1996 found at the bottom of my drawer.
Practicalities: All the polls say people notice your eyes first anyway. 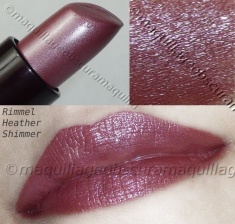 Things I never thought I would spend on but have definitely been worth it.
-Private swimming pool membership (Tiddler has just this week learned to put her whole face under!)
-An M&S dressing gown. Worn every day and still going strong after an estimated 14 years. Made to last.
– Those Rigger boots. Originally bought as PPE to go on the adventure of a WRG camp, but couldn’t function without them now.

Please comment- what things do you think are worth every penny- even if you are frugal with everything else?

"Do you what you have always done, and you will get what you've always got". With that in mind, these ponderings and wanderings are our mental and physical journey to make meaningful lifestyle changes, one penny at a time. In the real world there are no pots of gold at the end of the rainbow, (yes, tried that) so this is the blog of a series of decisions that will enable us try and live a life a little less ordinary. Stick with us (Thrifter, Digger and Tiddler) and share the process. We hope to provide a little bit of inspiration, a few thought provoking ideas, and a chilled out approach to going a little bit off grid.